As the days go by, technology is becoming more and more advanced. This also affects the way people interact with each other. From post to wired phones and, now, almost everybody in the world has access to the internet. Social media is used to not only communicate internationally; it is also used for short distances.

While it is great that having social media platforms such as Twitter, Instagram, Facebook and other social media apps help us to connect with the other side of the world, it is also a one-way ticket to a broken trust and bond. This is because many arguments have started on social media that could cause real-life communication risks. These arguments on social media can be very dangerous for those who have social media at a young age. On the other hand, online interaction has provided a big improvement to people’s lives as it helps them to express their feelings better than they would face-to-face.

Dr. Kate Roberts, a Boston-based school psychologist, said that technologies are at fault for the increasing amount of people having a difficult time interacting with each other face-to-face. She said “It is like we have lost the skill of courtship and the ability to make that connection.” She is also concerned that children would have difficulty communicating with each other in real life as they have already taken the easy method to communicate, through social media. Fortunately, some parents are smart enough to limit their children’s screen time and let them get out of their comfort zones and discover what is around them.

Others say that social media is ruining some of their relationships with people. Maybe because of the false news or misunderstandings posted online that they all lose trust in each other. People have shared opinions that using their phones make them ignore what is happening around them and have less face-to-face interaction. We also need to pay attention to the fact that lots of people have become addicted to social media. Even though it may seem harmless compared to alcohol addiction and smoking addiction, it still has a big impact on those who are addicted to social media.

There are many more reasons why social media is affecting real-life communication negatively. Even though it may not seem serious enough, it has a big effect on everybody who uses social media frequently to communicate. Maybe not right now but, if people do not try hard enough to solve this issue, social media will become our only way of communication and face-to-face interaction will no longer be used. 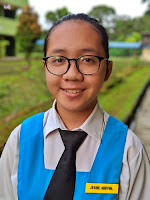 Jessie Abbygil is a kind and sweet girl. She may look arrogant but, in reality, she is actually nice when you get to know her. She is the oldest one among her three siblings. She likes to take videos and photos while dreaming of being a world-renowned photographer one day.