Firstly, many teenagers are addicted to social networking websites with online gaming. For example, teenagers keep playing online games with other people over the internet. They are willing to not eat every meal and not sleep every night because they are too excited to finish the games first. They become addicted to online gaming. I do not know why parents do not take any action on this serious situation. Is this because parents are too busy with their work and have no time for their children? Do they even care about their child? How could the parents do this to their own child? It can be a big problem for the teenagers in the future.

Furthermore, teenagers can be fooled by a smart scammer. For example, the scammer will call, state that they are from a government department and claim that they are giving a special reward. The scammer will fool them by asking for the teenager's bank account. The teenagers will not think too much about this situation and will give their information to the scammer straight away. The world is getting more modern. How could a normal person become a scammer to steal other people's money? They need to pity the teenagers because they are wasting their parents' money.

In conclusion, I agree that social networking websites can cause a lot of problems to teenagers around the world. It can make teenagers' lives become worse. I hope that parents around the world will control their own child's behavior on social media before it is too late. 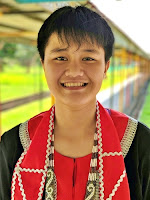 Erika Vallensia Andrew is a hardworking, friendly, helpful, and also funny student who is the second child of four siblings. She listens to music while doing homework and goes swimming at the aquatic centre on weekends. Once a month, she drinks bubble tea although bubble tea is not good for health. In every badminton tournament, she has a good fighting spirit, even when losing, and she always respects her opponents too.